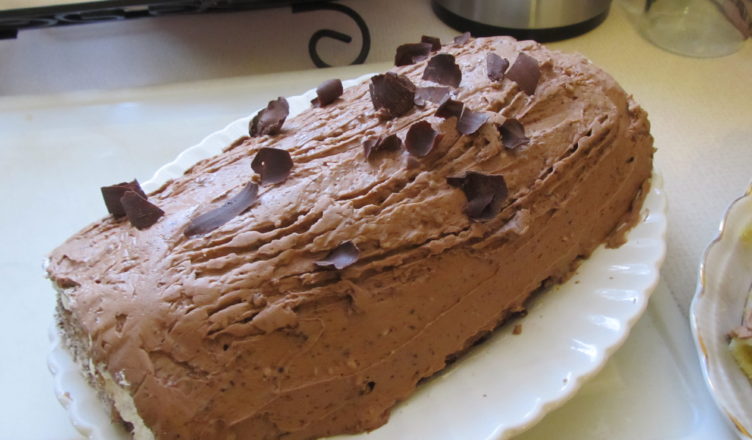 During a discussion at brunch, a group of us were discussing Christmas traditions.  It started because it’s so close to Christmas and many of us are not going to get everything done—actually, I think that’s a tradition in itself.  So, it was a natural segue into what things can be given up.

Later, one of the group took me aside and asked me if I knew that most of the Christmas traditions that we consider essential, i.e. Christmas cards, decorating the outside of the house, baking specific cookies, buying endless numbers of gifts for everyone from our families to the mailman, etc. actually started in the ‘20s and ‘30s.  I didn’t.  But on further consideration, I’m not really surprised.  I guess he was for giving up the traditions and having a sane Christmas—but I’m not using the neutral gender “he” when referring to him.

I’ve thought for years that Christmas is the Iron Man race and the Olympics for women.  I also think it’s about time for us to relax and enjoy the season without going into a frenzy of preparations.  But what traditions do you give up?

I decided years ago to take a poll of the family and ask each member what his/her favorite tradition is—the one that, if missing, would make it seem like it wasn’t really Christmas.  I got many interesting answers—and none that I expected. One child, then in his teens, named the Advent Calendar ceremony. 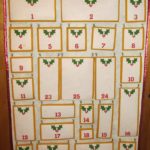 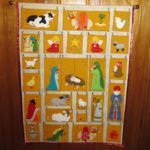 Another still insists that it isn’t Christmas without the dice game.  There are certain kinds of cookies that must appear on the cookie platter.  What about the rest of the food?

Christmas Eve supper in my childhood was usually oyster stew.  I don’t know if I still don’t like it because of its taste or because we had to eat it, and all the trimmings and then sit and talk (these were the adults’ rules, of course) and then clean up the kitchen—all before opening presents and putting up our stockings.  It was the worst food in the world, but this was before the days that the kids could determine the menu.  Actually, when my grandmother was there, we had lutefisk until my father put his foot down and said nothing that smelled that bad was coming into his house anymore.

When I was running a household of my own and in charge of all things Christmas, I decided to have an appetizers buffet which would include some of the traditional foods of all our nationalities.  We were a combination of Swedish, German, French, English and, later, Latvian.  We usually had Swedish meatballs, pickled herring, shrimp with cocktail sauce, English Christmas bread (not sweet, flavored with saffron), a platter of home-made corned beef (always made by my mother and brought to our house) and a variety of cheeses.  I think there were other things that just popped up every year—and we ended with a Buche de Noel 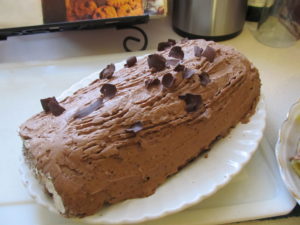 accompanied by ice cream balls rolled in coconut or chocolate shot. This was actually a pretty easy meal, since everyone brought something and the Christmas cookies which I like to bake were served throughout the evening while we were opening gifts.

For Christmas brunch we always had a big bowl of fruit and two casseroles—an egg bake and a cheesy-chili dish called John Wayne’s Casserole, along with sweet breads and coffee cakes.

Dinner?  Usually roast beef with Yorkshire pudding, Brussels sprouts with chestnuts, any kind of potatoes, a green salad sprinkled with pomegranate seeds and dressed with a special dressing, and ending with English plum pudding with two sauces.

I have put a few of these recipes in this column before, and if you are interested in any of the ones that aren’t here, e-mail me.

Dissolve yeast in lukewarm water to which 1 teaspoon sugar has been added.  Let sit for 10 minutes to prove.  (Yeast mixture should be bubbly or foamy).

Place hot milk, butter, sugar, salt and water in mixing bowl.  Beat in 1 cup flour.  Add eggs, one at a time, beating after each addition.  Add lemon rind and saffron and dissolved yeast mixture.  Add raisins and almonds.  Beat in remaining flour with dough hook for 10 minutes (or knead for 10 minutes by hand).

Put into greased bowl and turn to grease top.  Let rise, covered, until double in bulk.  Punch down once.  When double in bulk again, form into round loaves. Let rise until double once more then bake at 350 degrees at 40 minutes.  Frost with a powdered sugar frosting. 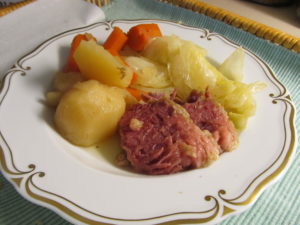 Make a brine to cover brisket:  Put salt in water until an egg will float .  Weight meat down with something heavy and cover.  Leave for 8 days; turn after three days. (An earthenware crock is best).  Take out; rinse in cold water.  In large Dutch oven, cover meat with water and bring to a boil; pour off.  Cover with water again and add one package mixed pickling spice (about 2 tablespoons) and 1 Tbsp. sugar.  Simmer, covered for 3-3 ½ hours or until tender.

On a large piece of aluminum foil, sprinkle paprika to cover.  Take meat from pan and wipe off.  Put on foil wrap.  Keep in the refrigerator until very cold. Slice very thin before serving.

Mix all ingredients together until well blended.  Put into a greased mold; any Pyrex-type bowl or metal container.  Steam in steamer or bowl over pan with simmering water for 3 to 3 ½ hours.  Check often for water in steamer not to go dry.  Serve with one or both sauces.