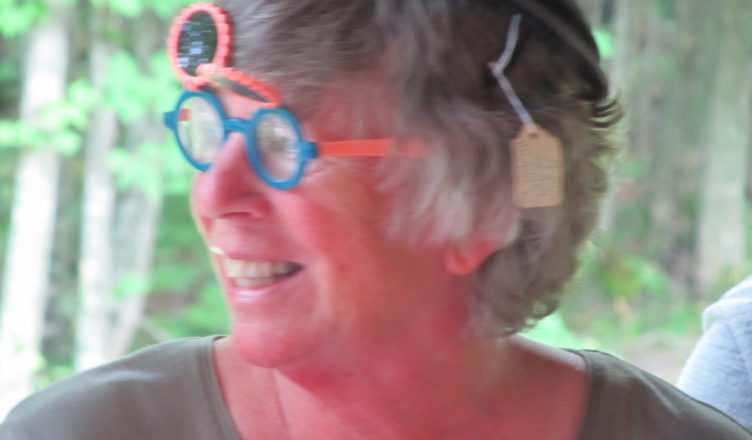 It is August and the heat is upon us.  Actually, it’s been cool all summer with about one week of really hot weather.  But at our friends’ cabin in Lake Country “up north,” there is a cool breeze off the lake that stimulates the appetite even in the heat of August. 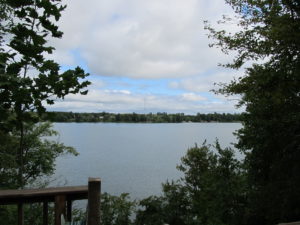 We’ve been coming to the Smith’s cabin on West Silent Lake since our families were little kids—a continuity that our children counted on through many bumps and detours in their lives. Today with their young families, they still come, from all over the country when they can.  And we all have settled into a tradition of laughter, friendship and food.

Food, of course, is central to the experience.  Growing boys (and they always brought friends) can eat a lot!  Up north, near water, everyone can eat a lot—and we always do. After water skiing for hours and going up and down the steep stairs to the beach, appetites grow.  And certain dishes evolved as the perfect foods to fill them up; after a couple of years those foods are “tradition” and must be part of the experience. 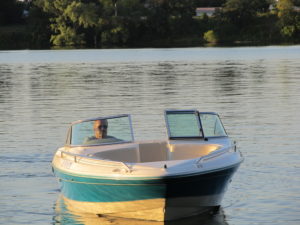 Our host Royce, a growing boy once himself, always got the first day started with his famous “lake eggs”. You may have had a version of this dish yourself under the name of “farmer’s breakfast.”  No matter how many giant cast-iron skillets’ worth were made, it all was eaten.  On the second morning we must have blueberry pancakes and sausage and if we stayed for a third, John Wayne’s casserole.

Our hostess Diane always displays her picture with Wayne when she serves the casserole.  The story of how they got the recipe is a requisite part of the gastronomic experience.  Every “good year” for his company, Royce, as sales manager, took his team and their spouses to somewhere wonderful as a bonus.  One year, the group went to Washington State and ran into the movie crew shooting “McQ”, a detective thriller starring John Wayne. Mr. Wayne was very social and personable and frequented the resort’s bar every evening, as did the sales team. Diane, a mini-version of Lucille Ball, was star-struck and engaged him as much as possible (believe me, she is engaging) until she had her picture taken with him and he gave her his famous casserole recipe.  The funniest part of the story, I just heard this year, has nothing to do with the casserole.  Diane, assuming that the movie was a western because John Wayne was the star, decided to try to be an extra.  She envisioned herself riding a horse on the beach, with her long hair streaming in the breeze and someone catching sight of her as a “natural” for the movie.

Sadly, the horse she rented was a “homie”; that is, it went a few paces and immediately turned and headed for home.  This wasn’t the picture Diane had wanted to create—and then the movie wasn’t even a western!  Shades of Lucy.

After a full day of fun and antics, the dinner bell special that seemed to be the most filling and delicious was Chalupa—a Diane specialty.  It’s the perfect lake cabin meal—easy, filling, delicious and not much clean up.  I am including these recipes for you to try and perhaps add to or start you own “up north” traditions. 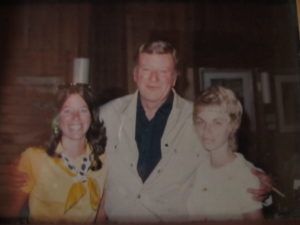 Cook pork roast with half the spices until done and falling apart.  Remove from pot; pull apart with 2 forks, return to pot and add beans and remaining spices.  Simmer until serving time.

To assemble:  Put on a buffet bar all condiments.  Use bowls or plates for serving and each person assembles his own by breaking up the tortilla chips on bottom and the chalupa meat mixture over; then pile on the condiments, topped with sour cream and salsa.

One thought on “Going Up North to the Lake”