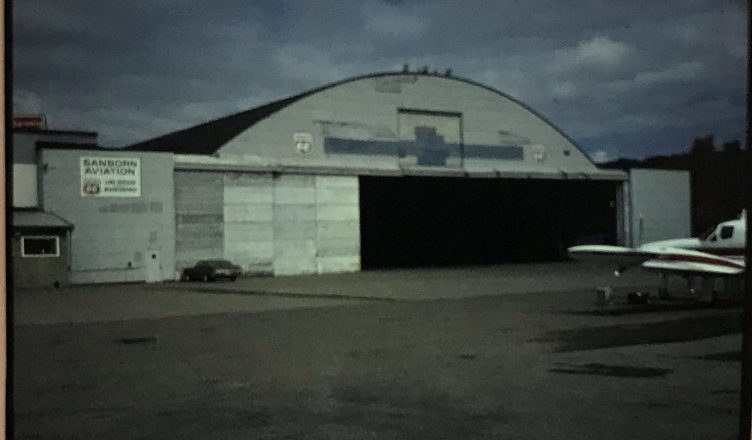 What was I thinking?

Have you ever looked back at a life situation and asked yourself that question?

I was reminded of my first private plane trip by my son Greg  when he called from Colby, Kansas, on his way to Colorado by car.  He and his family had stayed there on the first night of their trip.  I instantly recalled a time when his father and I stayed a night in Colby on our way to California, long, long ago.

Skip had recently gotten his private pilot’s license and was eager to go somewhere other than a spin around Flying Cloud Airport.  I’m not sure how I looked forward to a trip to California in a small plane, but since we had lived in California and had a lot of good friends there, I was anxious to go.  Plus this was BK (before kids) and I had a lot more nerve and adventurous spirit then.

Skip was not instrument-rated so we had to depend on clear weather all the way—a small problem while traveling over half the country—but he said the weather looked good, so we took off.  Both of us had jobs and only a 10-day vacation, so we needed things to fall in place.  Our overnight stay was in Colby, Kansas, where we landed at a small airstrip and rented a car and headed into town to find a motel.  The next morning, Skip checked on weather conditions first thing and found out there was a front heading in soon. He didn’t tell me why but he was moving very fast.

We drove to the airport at break-neck speed and checked the weather again.  I looked up into the sky and could actually see a solid white front heading toward us (this was early December).  Without saying anything, we got into the plane and headed down the runway.  I had been married to him long enough to know to stay quiet until later.  After taking off into what seemed like white-out conditions, we started climbing and could see nothing while we ascended.  After about 5 or 10 minutes, we suddenly broke out into cloudless, blue sky as clear as could be.

I finally felt the tension evaporate and asked if we should really have been flying in that stuff and he answered that unless we wanted to spend our entire vacation in Colby, Kansas, we did indeed need to go as it was going to be socked in for a week.  As I look back, I wonder if I would have voted to fly or stay if I had understood the risk.

Looking back, I don’t know if I realized whether or not it was a good idea: taking off in a small plane into a storm.  At that age, I’m sure I thought, “What could go wrong?”  The rest of the flight was uneventful—actually it was really fun and beautiful.  I’m not sure if it was entirely legal and nothing against Colby but I am glad we got out of there when we did.