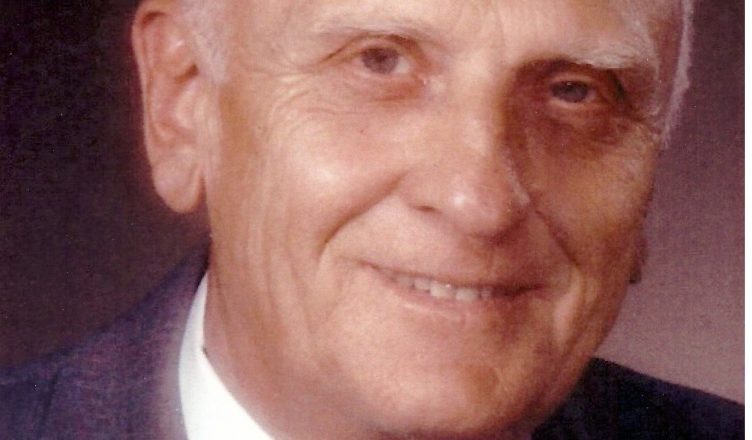 It’s been 9 years since I have had an earthly father, but the one I had was a very special man.  With Father’s Day approaching, I wanted to give as much as I know and remember about him to cyberspace to record.

Dad was born on February 11, 1918 in Dodgeville Wisconsin. 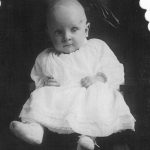 I wish I knew if he was born in a hospital or at home on the farm that Grandpa and Grandma were farming (I don’t think they owned it).   Although we have heard a lot about the Spanish Flu pandemic of 1917-1918, neither my parents or grandparents ever mentioned it around me and yet my Dad was born right in the midst of it.  World War I was ending and was in the news as well.  I have a diary of my grandparents courtship and marriage at the beginning of 1917 written by my grandmother and it does mention that “the news is all war” but nothing about the flu. 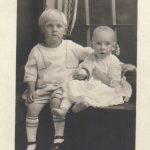 born when Dad was two.  When he was five the family moved to Magnolia, Minnesota where my Grandfather was born and raised.  His father was the blacksmith in that town and wanted his oldest son to return and take over the shop.  My Dad’s early childhood memories are all from Magnolia.

Magnolia was a very small town in the heart of great farming country in southwestern Minnesota.  It lies between Adrian and Luverne–very close to the South Dakota border.  It had a little over 220 population and has stayed fairly constant in population, although the make-up of the town has changed drastically.  The commerce that once served the farm community has shifted to Luverne and (somewhat) to Adrian, with Magnolia’s population made up of mostly commuters.  From 1934 to his death in 1961, it was famous for being the birthplace of Cedric Adams who was a very popular radio announcer for WCCO. Second in notoriety for Magnolia was its famous Steak House.  The Magnolia Steak House moved to Luverne in 1989 and then closed in 2011.

The life-style of small town Minnesota had a lot of influence on my Dad.  For one thing, he wanted to leave and go to the University of Minnesota and not take over the blacksmith shop (now mostly welding and repairing farm machinery).  His father was against that and so my dad had to leave on his own.  His first foray into the bigger world was to join a magazine-selling crew in an attempt to make enough money to attend the University.  It was during severe depression still–(about 1936) and jobs were hard to find.  My Dad, however, had the ability to find and do work all of his life, so he took what was available and went on the road over much of the country with the magazine subscription business.  The stories he used to tell us of his encounters are too risqué for me to print (ahem) so I will exclude them but they were a source of family humor for years.

He finally entered the University pre-engineering program in 1937 in Minneapolis.  He had two very good friends who were already attending there and roomed with them.  I am not sure what he did to support himself while going to school, but I am sure he found some work to do.  In the fall of 1938 while in Magnolia for a visit home, he met my mother who was teaching school in Magnolia.  He was home for one weekend and his younger sisters (10 and 11 years younger) had invited two of their teachers to dinner at their house, a common practice in that time.  One of them was my mother and Dad had decided to invite one to a Royal Neighbor’s Dance in a nearby town.  My mom played the piano and Dad asked Rosemary (the other teacher) to dance and she was a poor dancer although according to my mom was prettier than she.  Now, Dad was a great dancer!  So he suggested to his sister Marjorie that she play the piano and he asked “Miss DuBois” (my mom) to dance.  Mom was a great dancer, too, and the rest is history as they say. They danced together for 67 years until my mom died.

A great story of their courtship:  After the weekend of the dance Dad came home the following two weekends and then asked my mother to come up to the University for Homecoming Weekend.  He would borrow his dad’s car and he had a place she could stay.  Mom agreed and it was on.  Then the afternoon they were going to leave, Dad came to her schoolroom (to the twitter of her students). and told her that his dad had to go to a funeral and would need the car.  Mom had a Terraplane and Dad sheepishly asked if they could use it to go and she agreed.  While at the Homecoming game which Minnesota won with a big score, Dad jumped up and kissed mom every time the Gophers made a touchdown .  By the end of the game it was pretty obvious that they were in love even if they had known one another for only three weeks.  Dad asked mom to marry him on the way back to the boarding house where mom was staying.  She said, “Oh, you’re just excited today–you know I am older than you (seven years).  But if you still feel the same tomorrow I will give you my answer”.  In the morning he was at her door first thing with the same proposal and she said yes.  That evening they went with Dad’s two friends, Charles Molenaar and Norton Burch and their girls out to dinner and to celebrate.  They were going home and while in the car (all three couples) the other girls announced that they were going to stay at a hotel with their beaus.  In those days that was scandalous and Mom was shocked–they seemed like such nice girls.  Finally they burst out laughing and said “I guess we better tell her.”  They were secretly married!!  During the depression women couldn’t keep jobs once they were married because there was such a scarcity of employment so they had been keeping it secret. 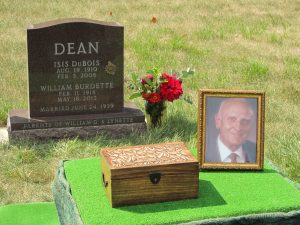